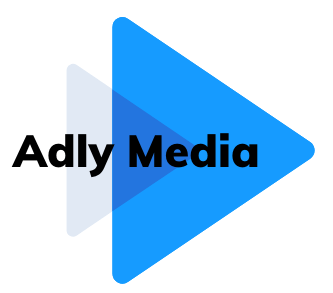 TV advertising is one of the main ingredients in creating brand awareness and generate top of a funnel audience. However, TV acronyms and industry jargon can be confusing for advertisers who are not very familiar with media buying language.

In this blog, I will share some of the most common terminologies and acronyms in TV advertising. Let’s go!

An index is a way to evaluate the value of a program against its target audience. It’s the composition of a target audience watching a specific program or network, compared to the average audience size in the television population.

Hypothetically speaking, if you’re targeting W35-54 who have kids and also read books. That audience makes up about 5% of the total TV viewing population. If 5% of a particular show’s viewers are readers with kids, then that program would have an index of 100. If 10% of the viewers were within that target audience, then the index would be 200.

Majority if not all of the TV stations are moving from the rating system to Impressions based. Impressions are the count of times the advertising message is displayed regardless if it was seen or not. Let’s say, you are targeting Jacksonville, FL which is ~1.5 million in population and your TV schedule has different programs that are designed to reached ~750,000 viewers, which means you should expect to hit 750,000 impressions

The number of audience/ people who actually see your content/message regardless of frequency.

Is the number of times an advertising message is exposed to someone in an audience. A good frequency number is at least 3, meaning your audience has been exposed to your ad or message 3 times within a particular time frame.

Is the cost per thousand impressions. Let’s say you want to deliver 1,000,000 impressions in a particular market. The cost of delivering 1,000 is $10 which means this campaign will cost you $10,000. You can use this CPM calculator to calculate your campaign cost https://www.clickz.com/static/cpm-calculator

Is the gross rating point. It’s the total impressions, regardless of targeted impressions. You can calculate GRP as follow: Impressions / TV universe x100

Is the number of different households or people who are exposed at least once to an advertising schedule over a certain time. You can calculate reach points by dividing GRPs by frequency. Mostly is a percentage.

Is the cost per point which is the cost of reaching 1% of a target audience based on GRPs, Reach, and Frequency. You can calculate CPP by dividing the number of GRPS by the cost.

Is buying and selling local and national TV advertising time on an annual basis for the October–September broadcast year. ~80% of TV media transactions are Upfronts, media sellers get more accurate revenue forecasts, and ad buyers can negotiate pricing advantages, impression guarantees, and to some degree reduce preempts cases.

Is buying and selling TV spots on a bi-weekly, monthly, or quarterly basis not upfront. It’s best suited for advertisers who like the flexibility to advertise whenever they want based on their business and marketing strategy. However, this method can be more expensive than buying upfront.

Is the leftover. It’s a legacy term meaning the unsold spots. Nowadays, it’s rare to hear that term due to the high demand from advertisers.

Is to take the place of another advertiser due to priority, rates, reconsideration, supply, and demand. Preempts happen for many reasons such as breaking news, the president is speaking or simply there is no inventory available. This happens often when two or more advertisers booked to run their spot in the same program, when the inventory is low and the demand is high, TV stations/networks they’ll most likely preempt the spot with a lower rate first.

Some of the common TV schedule abbreviations:

Bookend: a:15 Ad that runs at the beginning of the break and before air time

I hope you learned something new today. If you have a business and would like to discuss your advertising, please contact us to schedule a meeting. 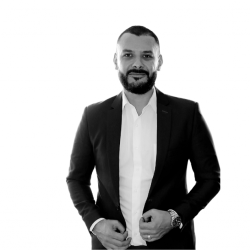 How To Set Up Goals In Google Analytics

We market your business as if it were ours.
We win together!

You are our top priority. We are in business
with a mission to grow yours!

We are unbiased and loyal to our brand
as well as to yours!